Where Does Dollar General Get Its Milk From?

Many retailers carry their own brands of milk, especially grocers. Walmart does. So does Kroger. And Aldi. And Trader Joe’s.

Dollar General also carries its own private label milk under the Clover Valley house brand that is used in many other DG items. Clover Valley, it should be noted, is not a company but a label Dollar General puts on many products it contracts out from various outside businesses.

That’s true of milk, just like the rest. There is no Clover Valley farm. Instead, Dollar General sources its milk from farms and has it delivered to stores.

For that reason, different Dollar General stores in different parts of the country will have different milk sources.

Finding your milk source is simple enough. At the top of each gallon are some numbers, including the expiration date. Next to those numbers is a code — it’s usually five digits, separated by commas. By plugging that into the site Where Is My Milk From?, you can figure out the source.

Take this gallon from our local Dollar General. 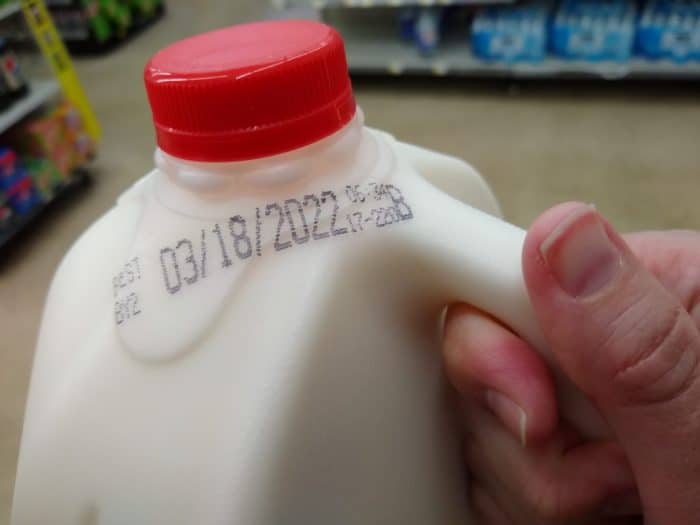 The code is 17-220. According to the site, that code corresponds to Pet O’Fallon LLC out of Illinois. This company makes a number of dairy products, including sour cream, cottage cheese, coffee creams, and, of course, milk. As I dug deeper, I learned that Pet Dairy is itself a brand licensed out to the Dairy Farmers of America (DFA) cooperative, so the farm where my milk comes from is likely under the DFA. Adding to that evidence: a Google Street View of Pet O’Fallon LLC shows rows of Dean’s dairy trucks. Dean Foods, which owned the Dean’s brand label, went bankrupt in 2019 and was acquired by the DFA.

Depending on how much detective work you want to do, you can also research Dollar General milk in your area to figure out where it’s sourced. It can take a little time, but there’s usually a trail out there to source it from the farm to your Dollar General refrigerator.

Bonus: you can do all of this with other milk products you get from other stores.