Just a few of the spices at my local Dollar Tree.

When you think about the types of food sold at most dollar stores, the first things to come to mind might be highly processed products, snacks, and junk food. You’ll likely to find nacho cheese dip, microwavable pizza, candy, or potato chips.

However, deep discount stores such as Dollar Tree also sell some real, unprocessed or lightly processed foods as well. You may find milk, peanuts, baking supplies, and frozen or canned vegetables and fruit. I was recently surprised to find a wide selection of spices and seasonings at my local Dollar Tree. So if you’re wanting to do some home cooking, you can actually buy spices to flavor your meats, veggies, or baked goods from Dollar Tree.

What Spices Does Dollar Tree Sell?

I found a large variety of the most commonly used seasonings at Dollar Tree. The selection at my local store included:

Everything at Dollar Tree costs $1.25 each, and the spices and seasonings are no different. Each container costs $1.25, and container net weight generally ranges from 2.25 to 3 ounces.

Are Dollar Tree Spices Any Good? 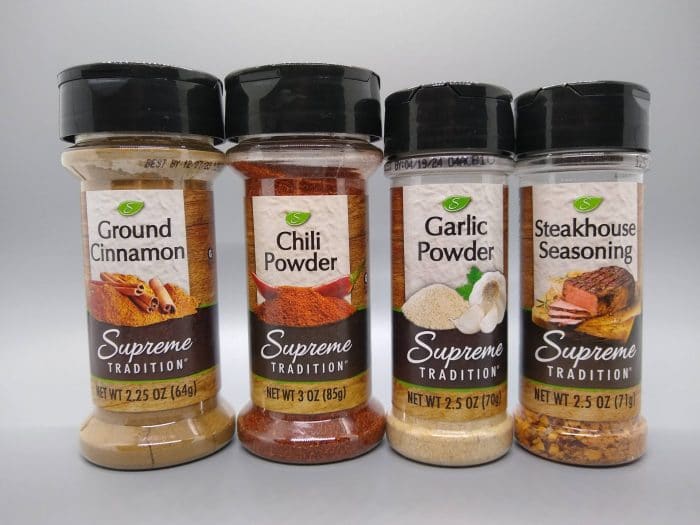 You might ask whether discount seasonings at a dollar store are actually any good. I purchased several types of seasonings to try at home, including chili powder, ground cinnamon, garlic powder, and a steakhouse seasoning. So how do they taste, and are they comparable to other brands? 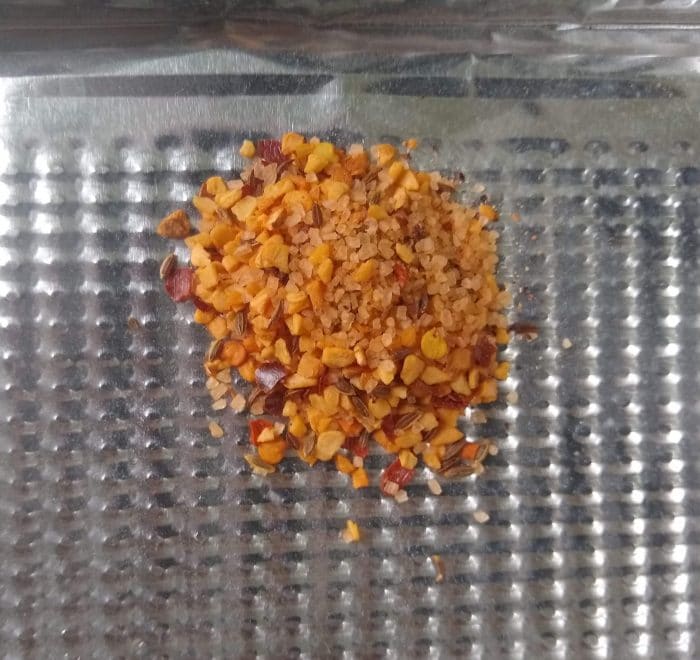 Dollar Tree steakhouse seasoning only two thirds full when I opened the seal.

Dollar Tree Supreme Tradition Steakhouse Seasoning — Ingredients are salt, garlic, monosodium glutamate (yes, it contains MSG), black pepper, crushed red pepper, caraway seed, dill seed, and extractive of paprika. The first thing I noticed upon opening the container was how much empty space it had. The container was only about two thirds full, so I assume a lot of settling happened during shipping. This steakhouse seasoning mostly smells of pepper, with a faint hint of what I think is caraway. Its flavor is mainly salty with a hint of pepper and no taste of garlic. It’s also the least aromatic steak seasoning I’ve ever smelled. Because steak seasonings vary so much across brands and types, I didn’t compare this in terms of taste to any Aldi steak seasoning. Spices or seasonings at Aldi are a better deal by a wide margin compared to seasonings at Dollar Tree. While it may sound counterintuitive — it’s a dollar store, after all — prices at dollar stores are not always better than prices at other retailers.